Carleton Engineering Club Recognized as Top In Its Field

The Carleton University Engineering in Medicine and Biology Student Club (CU@EMBS) is being recognized as one of the top international clubs in the field. It is composed of both graduate and undergraduate students.

The club will be receiving the 2017 Outstanding Performance by a Student Chapter Club Award from the Institute of Electrical and Electronics Engineers – Engineering in Medicine & Biology Society (IEEE EMBS).

This club has had a number of outstanding accomplishments, most notably organizing and hosting the IEEE EMBS International Student Conference (ISC) in 2016.

Approximately 150 people from across the world attended the conference. It was the first ISC to follow a rigorous peer review process, resulting in it becoming the first ISC that had papers published in IEEE Xplore.

ISC 2016 attracted individuals from across the globe including Italy, Korea, U.S., and Peru, in addition to high profile speakers and industry representatives with the likes of Microsoft, IBM, Design 1st and more in attendance. 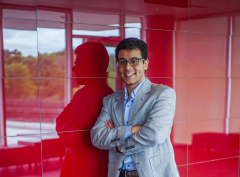 “We sought to establish a new standard for future student clubs around the world as the first ISC to publish its proceedings in IEEE scientific paper database,” said Mohamed Abdelazez, PhD Candidate in Biomedical Engineering, and conference Co-Chair of ISC 2016.

The club’s goal, according to a statement, is to engage the community by disseminating knowledge, organizing networking activities, and increasing the eminence of Carleton’s biomedical engineering to the local and international community.

The award will be presented in Korea at the 39th Annual International Conference of the IEEE Engineering in Medicine and Biology Society. 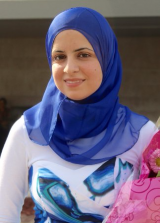 “It’s a great feeling to know that the club’s hard work and dedication has been recognized on an international scale,” said Zahra Mohammad who is an MASc student in Biomedical Engineering. “This is a testament to the fact that our vision was oriented in the right direction and our ability to meet the ambitious goals we set.”

Mohammad was a member of the executive team of CU@EMBS and helped to lead ISC 2016 as the conference Co-Chair. “I know personally how much hard work the team has put into the club’s initiatives. Thus, receiving this award is not only a personal achievement, but one for all who have dedicated their efforts and now we get to share in that success!”

Abdelazez echoed these feelings, saying that the award is an important achievement for the club.

“It showcases our drive in ensuring quality work to engage the community at large. Winning this award is a great motivator to continue building upon this success in the years to come,” he said. 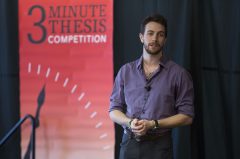 Kevin Dick explaining his research at the 2017 3MT

Kevin Dick, MASc student in Biomedical Engineering (Data Science & Bioinformatics Specialization), said that there have been numerous benefits from being a member of CU@EMBS.

“We benefit from the support of world-class faculty, a strong biomedical engineering community (at both the local and international level), and the comfort of working congenially among friends,” said Dick.

“Being a member of CU@EMBS has not only promoted our academic and professional development, but has challenged us in the pursuit of personal excellence!”

Individuals looking to contribute to the improvement of healthcare are invited to join CU@EMBS, in order to share in their future successes.